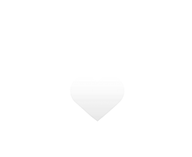 “When it became clear that my ex-wife & were divorcing, fortunately we were able to agree that mediation made the most sense for our family. Dennis helped us navigate the legal/financial process in a swift, neutral, affordable manner by offering a calm demeanor and deep knowledge of the law. If anyone out there is convinced that divorce is the answer, don’t let your egos get in the way and waste thousands of dollars on separate lawyers only to have them get rich while your children ultimately end up suffering. Hire Dennis and he’ll help make this difficult process a little bit easier on everyone. ”

“Anyone can tell you divorce is never easy. That is, unless you are both willing to put your trust in the exceptional hands of Dennis Cohen and Settlement Works. Where love once existed in all things we were encouraged to find it again, remember that we do care for each other. I mostly kept calm but even at moments of panic Dennis kept us on track. I could not be more grateful for the encouragement and balance Dennis brought to us, every step of the way. Thank you from the bottom of my heart.”

“Dennis has both parties at interest and helps to find an amicable and respectful solution for everyone involved. His background as a lawyer certainly helps and supports getting things done in a timely matter without needing other legal advise and expenses. I would definitely recommend Settlement Works, as Dennis is a great mediator, knowledged lawyer, and kind human being.”

“Dennis Cohen is a fantastic mediator.  His background as an experienced lawyer was very helpful because he could provide a legal point of view with a mediators balanced way of looking at things. I think he has a gift for this work. During such a difficult time it was especially helpful to work with someone who was both empathetic and pragmatic. I highly, highly recommend him.

“Safe Harbor in a Sea of Divorce”

After graduating from UCLA law school, Dennis worked as a family law attorney. Then, in 1979, he founded the Center for Enforcement of Family Support. This practice led him to discuss legal issues around child and spousal support in the media.

While helping single parents secure support from their errant ex-spouses, he was often witness to the anger many divorced couples carry and soon became aware of how this anger often preempts and frustrates the resolution of legal issues.  In his experience, he witnessed how the power of listening to another’s “story” was often a major first step in helping them reach an agreement.

With specialty training from the Los Angeles County Bar Association Dispute Resolutions Services and Mosten Mediation Training Center. he started SettlementWorks in 1999. Along with Susan Daya Hamwi, Esq. he began to explore a new approach to legal conflicts. Using traditional mediation as a cornerstone, this evolving approach introduced and continues to offer an efficient, cost effective resolution of legal disputes while addressing and helping heal and complete the unresolved emotional issues of divorce. To that end, he studied with Katherine Woodward Thomas and became a Certified Conscious Coach in 2016.

He appeared on such programs as The Oprah Winfrey Show, Sonia Friedman Live, CNN, CBS, and even “Dear Abby” acknowledged the Center’s’ work in her column, listing Dennis as a resource for her readers.